October 2022: on being hopeful and proud 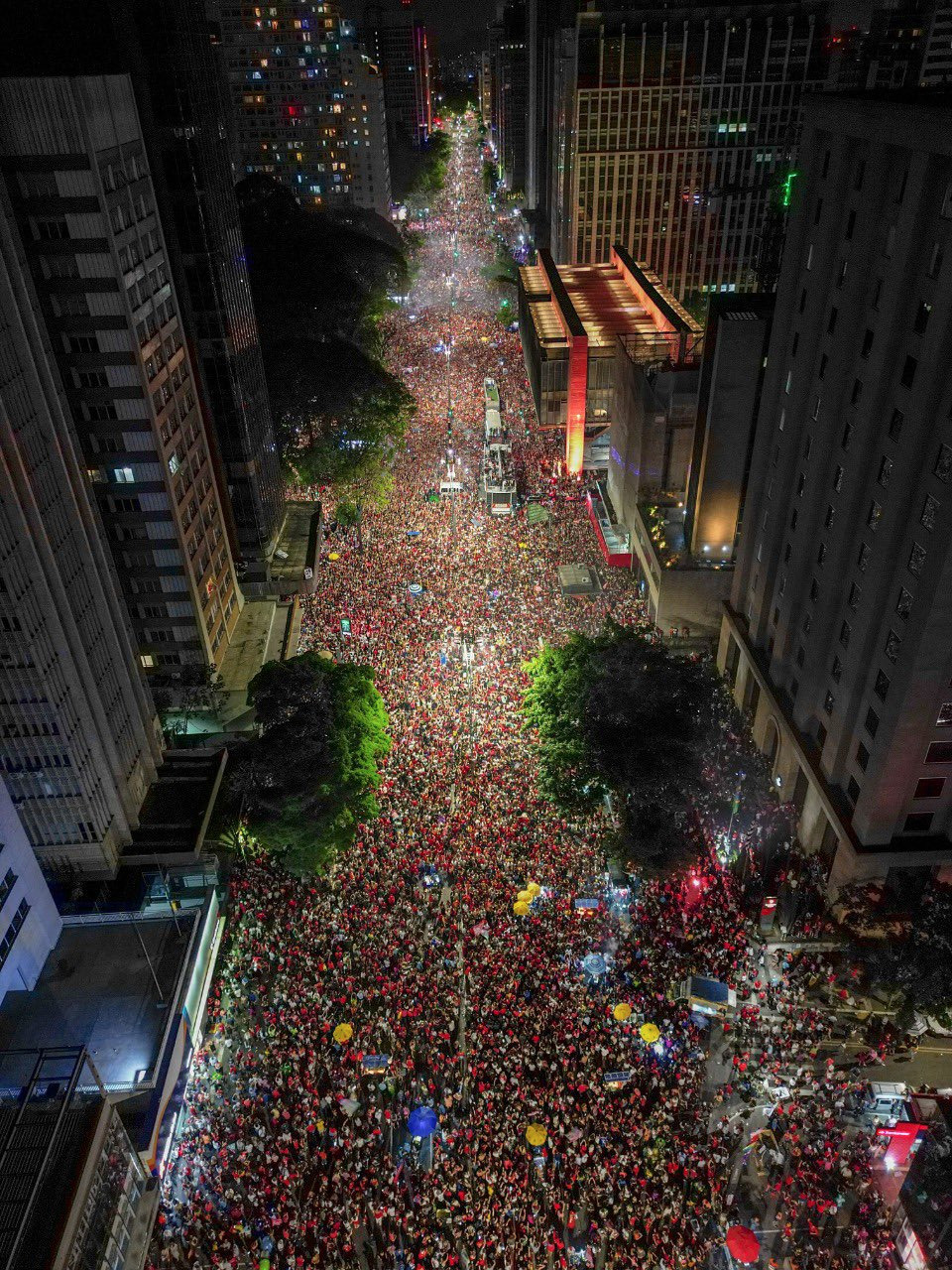 I’ve been sitting in front of my computer for over an hour trying to start this recap, but I keep getting distracted by the post election loop between Twitter, Instagram and messaging apps. What can I say? I wrote last month’s after the first round with the heavy weight of seeing over 50 million people still voting for Bolsonaro. Now, even though that number grew by over 7 million (I know, surreal), we are finally hopeful again and proud to say Lula is coming back!

It’s really hard to explain to non-Brazilians what all of this means, but I was very happy (despite the obvious “we shouldn’t have gotten to this point”) to see so much awareness from other nationalities about the importance of these elections, not only for our country, but for the whole planet and its climate. There’s a very veeery long way to go and the country is divided in ways never seen before, but for now, let’s just celebrate the first battle won against facism.

Oof, it’s been an intense month. Now that I’ve gotten this out, here are some regular updates.

I have a funny curiosity about astrology and numerology. It never makes me go deeper and try to understand the meaning of things, but it always catches my attention somehow. And this time it’s been all about the number 3.

This month I celebrated my 33th birthday and tomorrow I’ll start my 3rd job as a software developer, exactly 3 years after I started the first one. And I started that one after a 3 month coding bootcamp. I don’t know if this means something to someone, but keep thinking about it!

Anyway, it was my birthday on the 27th (and I love the fact that I share my birthday with president Lula). I had a lovely time with some Brazilian party food and friends over at the (not so) new apartment for the first time. I’ve also introduced everyone to what a Brazilian carrot cake is and I guess we all agree that’s a much better version than the German one!

The day before my birthday was also my last day at Klarna. Despite a major security incident distracting everyone from the fact that I was leaving, it was really really nice to spend time with most of the people that made a difference during my time there.

It’s been an incredible journey and I’m really proud of what I’ve achieved and what I’m leaving behind. Also, while I was clearing my work files I found a photo of a list of goals I set for myself on my first week on the job.

It was very interesting to read them again after two years and realise I actually ticked every single one of them. And on the way I made some good friends, mentors and (dare I say) mentees. Feels good.

No weird number repetitions here, but my partner and I celebrated our 5th anniversary in October. It’s been my longest relationship for over a year now, but it still surprises me how elastic our perception of time can be. It’s always a mixture of “wow, that’s a long time!” with “wow, feels like yesterday!” and I love that about us. This year marked some big changes as well, bigger apartment, big career changes for both of us and it’s been incredible to see and help each other grow. ❤️

This month I binge watched two and a half seasons of The Great Pottery Throw Down, a British pottery competition show. I think I already mentioned before that I love this type of show and it didn’t let me down. It’s always so cool to see people throwing and hand building such amazing pieces!

I’ve also watched Triangle of Sadness (Ruben Östlund, 2022), two times. I recognise it’s not everyone’s cup of tea, but I loved it. The social criticism, the dialogues, the humour. I love how absurd some conversations are and the octopus dinner scene was my favourite!

Here’s a list of things ending with exclamation marks I wanna mention about this month:

Aaaand that's a wrap! Thanks for reading and I'll see you next time!