This monthly recap is coming in a couple of days late because I spent the last days of the month doing things away from the screen for a change, which was nice!

This time I tried to keep track of some interesting things I’ve come across during the month and thought it would be worth sharing.

The first one is that I got access to Arc, a new browser that is aiming to reimagine the experience of using a browser. I really like the ideas they’re introducing, like being able to separate your tabs into spaces by theme and to create boards and notes, all in the same place. My favorite thing is probably the capture feature, that allows you to take a ‘screenshot’ of the page (or part of it) and it creates an image that links to the page where the the screenshot was taken. I always found it super hard to collect bits and pieces I find online (and that turned me into a tab hoarder) and this makes it much easier to do that!

Unfortunately my mid-2014 Macbook finds this feature-rich Chromium-based browser quite demanding so I’m still using Safari as the default for the time being.

I haven’t finished any books in July. I had to pause Less is More by Jason Hickel because it was making me angry. But I’m currently reading The Ministry for the Future by Kim Stanley Robinson (not much better on the “what the fuck is wrong with humans” front) and Learning Typescript by Joshua Goldberg (enough with unfinished Udemy courses to get better at it).

And here’s an article that resonated with me this month:

For those who don’t know (?), my partner works for a German dubbing studio, which comes with the perks of being invited to movie premieres and seeing her name on the big screen after the credits every now and then!

This hasn’t been much of a thing in the past two years for obvious reasons, but this month we’ve been to two of them: Bullet Train (David Leitch, 2022) and Nope (Jordan Peele, 2022). Which means I’ve seen Brad Pitt wearing a skirt on the stage. Apparently the media made a big thing about it.

It’s always a nice experience to eat free popcorn at ZooPalast (they have the best sweet popcorn!) and I don’t even mind watching the movies dubbed in German because they’re usually pretty action-packed with not many deep conversations. Apart from Nope, which I probably need to rewatch to better understand how I feel about it.

Some other interesting stuff

This month I spent a lot of time watching soccer as the Women’s Euro was on. Unfortunately Germany lost in the finals, but they were so good throughout the games! Still can’t get over Popp’s goals.

I finished my pottery course and I’m super impressed with the results! The last session was for glazing and it was very interesting because I had no idea what to expect. It’s also very mysterious and you can’t really tell how things are gonna look like in the end. For example, I chose a dark blue color for some of the pieces but they looked red before firing! So it’s gonna be a total surprise when I pick them up next week, I’m looking forward (and already signed up for another course, this time hand building)! 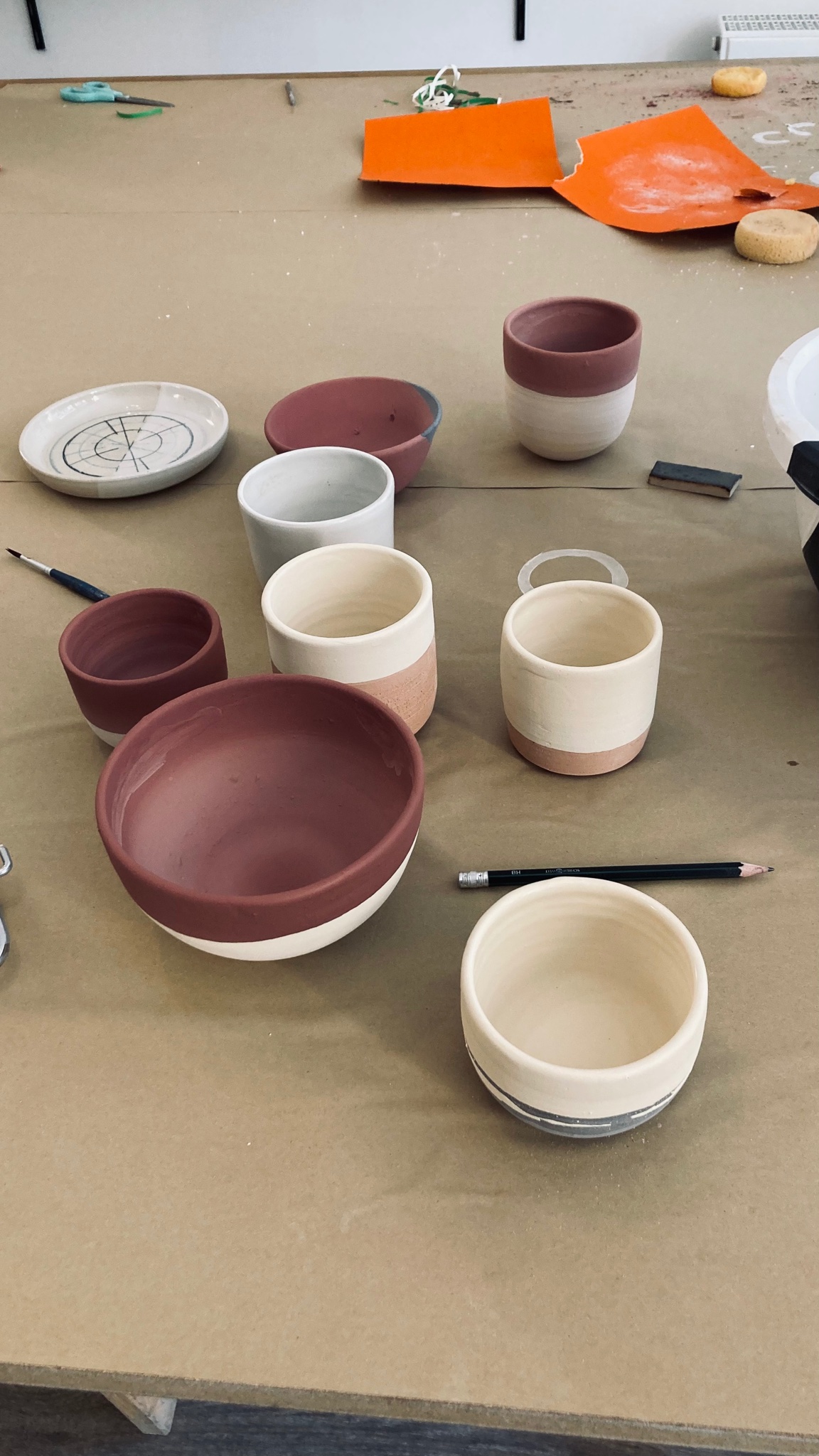 Another good thing that happened is that I ended this month skating again, after quite some time. In the beginning of the year I had this pseudo-goal of doing a 10k run on inline skates in July, but got super scared of actually signing up for it and ended up not skating at all for months. But at the end of the month I went to watch the Adidas City Night and it looked much more doable than my brain made me believe, so hopefully next year I’ll be there!

Last but not least, we have friends moving out of Berlin that asked us to take care of their cat to avoid the stress of moving around while they’re settling and going on vacation, so we’re cat sitting for the next ~6 weeks. It’s my first time having this much contact with a cat and it’s funny how different it is from having a dog! First days she was basically hiding under the bed the whole day, but she’s finally warming up to us and it’s really cute!

Well, that’s that for now! See you next month!

Written on a Wednesday in August, 2022